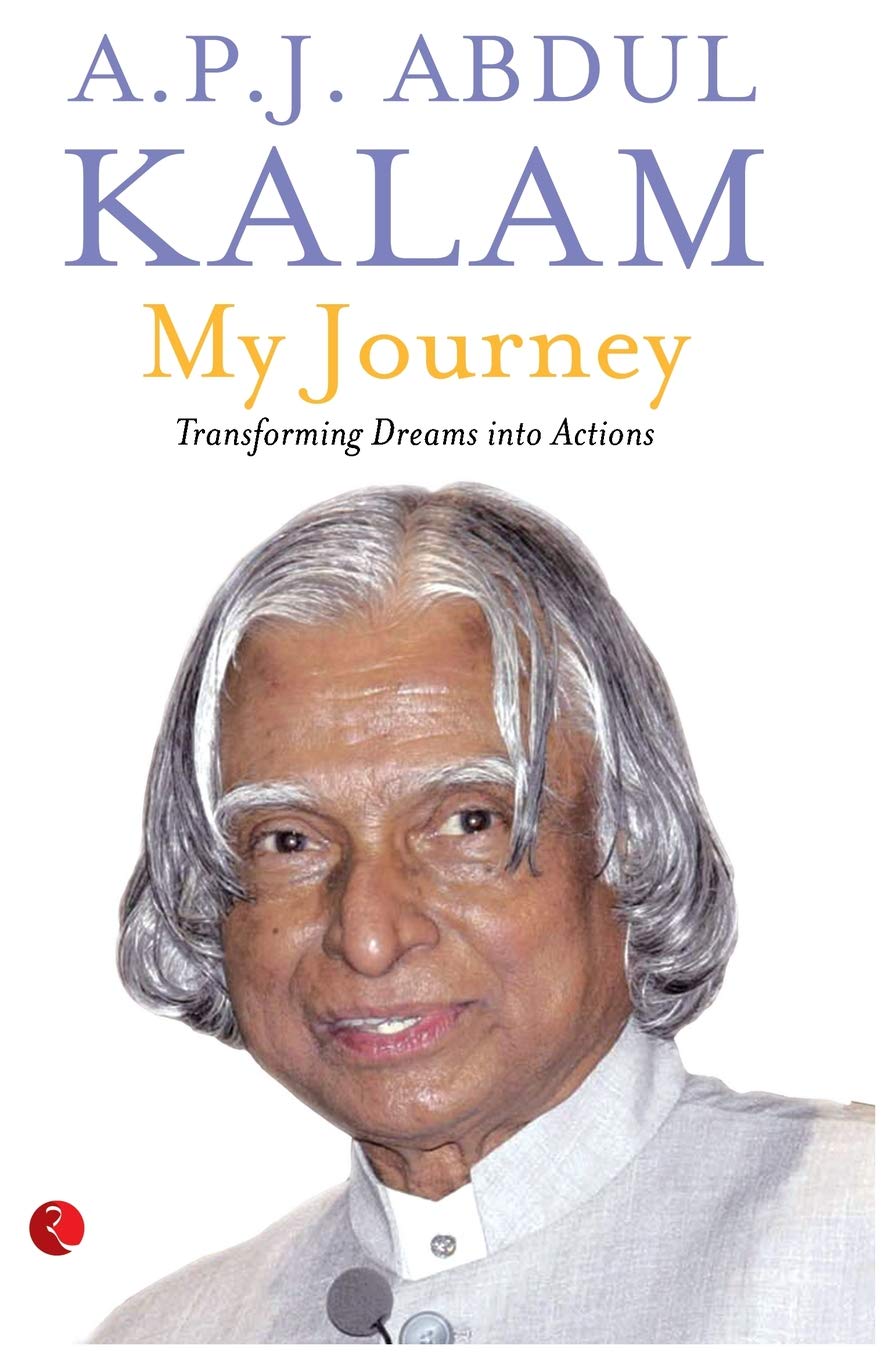 The book, ‘My Journey: Transforming Dreams into Actions’ is the life story of Dr. APJ Abdul Kalam, India’s famous scientist and former President. Written with a powerful narrative style laden with significant experiences, Dr. Kalam has filled this book with the details that matter. This inspirational book has been published by Rupa Publications India in the year 2013.

The book reveals the famous story of how a simple child from Rameshwaram became the President of the world’s largest democracy. It is an extraordinary tale of India’s most celebrated scientist who along with his research found time for his fellow people and worked hard towards their development. In this book, Dr. Kalam sheds light on several personal aspects like the people who he was very close to and their influence on him. He also speaks in detail about the life and the atmosphere at Rameshwaram. He talks about his upbringing and family as well and the various pangs and toils he had to go through.

A large part of this book deals with Dr.Kalam’s work in India’s space program. He talks about the difficulties they had to face while developing India’s first space vehicle. Written in a candid manner, you can now go through the nitty-gritty details of the life of Dr. Kalam as told by the former President himself.

A. P. J. Abdul Kalam is one of the most famous and respected names in India. A visionary scientist, honest politician and a true Indian, Dr. Kalam stood for the best of human values. He served as the President of India from 2002 to 2007 and is often regarded as the ‘Missile man of India’, having acted as a catalyst towards the substantial growth of India’s space program. In 1954, he completed his graduation in Physics from Saint Joseph’s college, Tiruchirappalli which was then associated with the University of Madras. He then went on to study Aerospace Engineering from the highly reputed Madras Institute of Technology. Overall, he has received honorary doctorates from over 40 universities. He won the Von Braun Award from the National Space Society and Hoover Medal from ASME Foundation, USA. Government of India conferred him Bharat Ratna in 1997. Some of his famous books are Advantage India: From Challenge to Opportunity, Wings of Fire and Envisioning an Empowered Nation.

The book, ‘My Journey: Transforming Dreams into Actions’ is full of inspiration and reveals the life of Dr, Kalam. This book is easily available online for convenient shopping.

You can bag this book from Amazon.in today by following a few easy steps.

After Completely reading this book in a couple of days the entire book “My Journey”can be summed up in few words, 1. This book as it says has some Unknown & Interesting events form the life of India’s Missile Man. 2. It also Educates & Inspires the reader to achieve their dreams irrespective of their own social situation through A.P.J.Kalam Sir’s life stories. Really a fascinating one & a Must read book for students & those who wish to stay in their career especially Aeronautical/Aeronautics related Field.. –By Vivek on 7 May 2014

This is a book of the type I love and I can share with anybody. The Language is very fluent and the book is very inspiring. The best president of India, A. P. J. Abdul Kalam sir has written this book. Thanks to Amazon for making it available at this price and hats off to their fast service like shipping the product within half a day of ordering. –By Chunilal Banerjee on 4 December 2013

As soon as I started reading I eagerly went on. The book is truly good. It has series of anecdotes which inspired Dr. Abdul Kalam. In this book he writes about those people who had influenced his life. Those personal accounts of events feel very sincere, and deeply personal. –By Vijay Krishna on 13 January 2014

The Diary of a Young Girl

A Girl to Remember